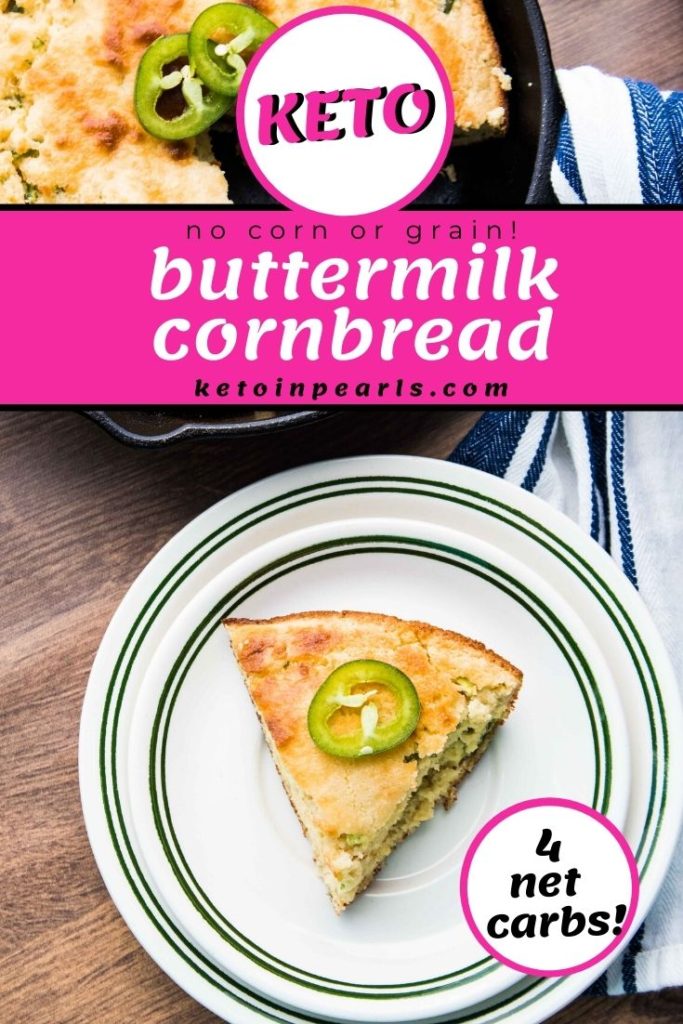 Any true Southerner will tell you that cornbread is as much a staple in their diet as sweet tea and grits. Southerners make cornbread various ways, one of which uses buttermilk.

During my early years of blogging, I developed a keto cornbread recipe that has been a hit since inception. Even though it contains zero corn or cornmeal, that recipe is downright delicious. I say that because you need to know I’ve got some keto cornbread street cred, haha.

I actually almost named this keto buttermilk cornbread “hushpuppy cornbread” because it was reminded me of a hushpuppy. It’s slap yer momma good, y’all. 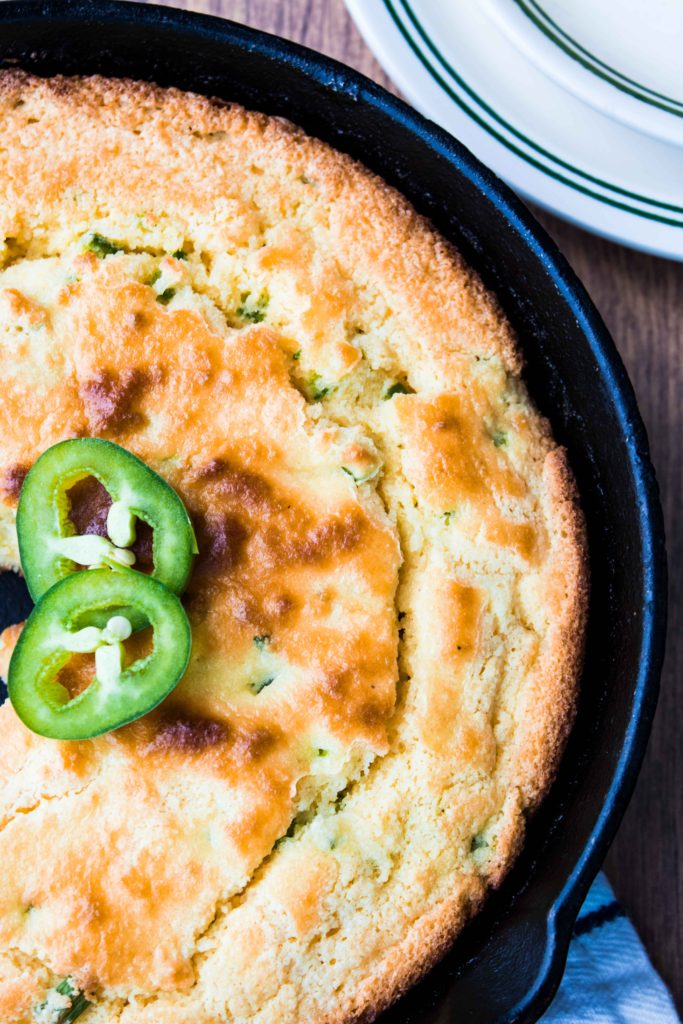 And I’ll tell ya why:

Buttermilk is essentially fermented milk. Bacteria culture is added to milk and then it is heated and fermented until you end up with what is found at the stores. (read more about buttermilk here)

You will find full fat and low fat buttermilk in the grocery stores. For this recipe, we’re using full fat so we don’t have to worry about added sugar or junk. If you like sweet cornbread, try this recipe!

As far as macros go, buttermilk is similar to heavy cream or half n half. While you probably wouldn’t want to use your carbs to drink a glass of it, using a cup or so to bake will spread the carbs thin enough so as not to inflate a recipe’s macros too high. 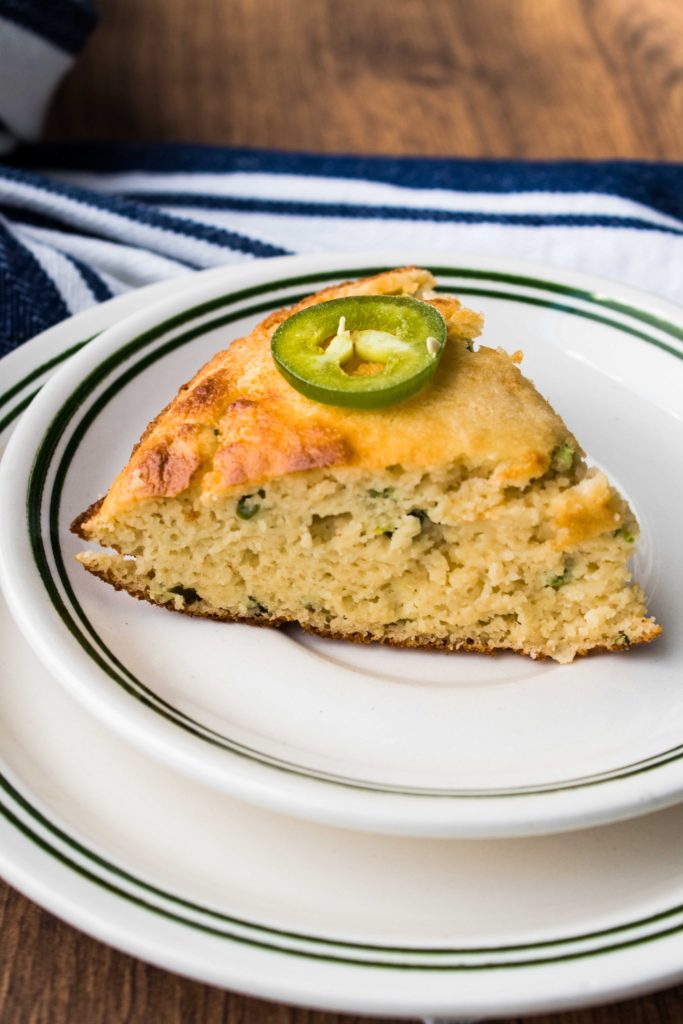 This keto buttermilk cornbread, which actually has no corn in it at all, is plumb good. Traditionally, buttermilk cornbread is a bit more tangy and softer than some other variations. This low carb version is no exception. The flavor is on point with the addition of green onion and jalapeños and the crumb is nice and soft.

Here’s what you need:

All that’s required to make this low carb buttermilk cornbread is to mix everything up in your mixing bowl, throw it in a hot cast iron skillet, and bake. Let it cool before serving, slather on some soft butter, and eat till you’re full as a tick! 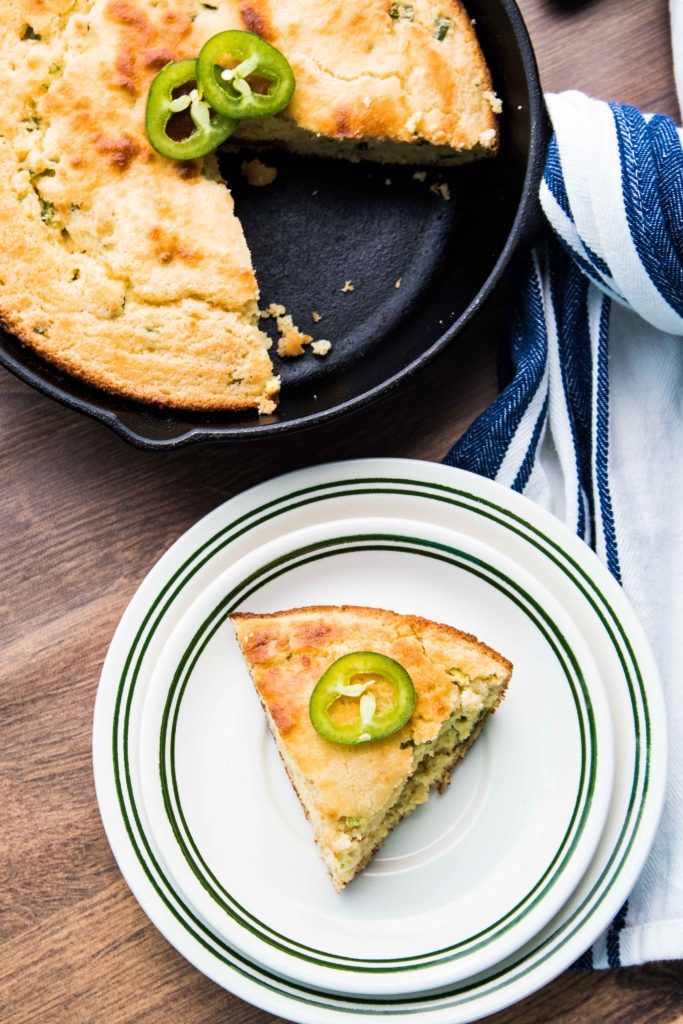 Here Are Some More Cornbread Recipes For You To Try

Did you make this recipe?

Hi, I have just the same problem as Debbie Green. I'm going to try adding more moisture before I cook it.

Thank for letting me know Laurette, it is odd as others have made the recipe and it came out fine for them. How did it taste in the end?

This stayed completely flat when baking. Not sure why. Will try again next time. Only thing I left out were the jalapeños, and made my own buttermilk/ and used 1/3c.

Hi Meg, other people have tried this recipe and it worked out well for them. Please let me know how it goes if you try it again. Also you may want to try this cornbread instead: https://ketoinpearls.com/keto-cornbread-muffins/

Definitely going to try this in the fall and winter. I have the cast iron wedge pan for more crispy edges.

Great Sheryl, let me know how it goes

I made this and it was delicious! Thanks so much for the recipe. How would you store it? In an airtight container in a cupboard or in the fridge?

That's right, you can store it in an airtight container in the fridge for a few days. Glad you like it!

I made this tonight, but the batter was very dry and hard to mix so I added more buttermilk and 2% milk, but it turned out so dry and crumbly that we put all the crumbles in a bowl and added some butter so we could swallow it! I followed the recipe exactly, but it is so bad I have to try a different recipe! I found one that has 4 eggs and that sounds a little better.

It sounds like there was an error in the ingredients used or measured. The batter is thick but pliable. Perhaps you accidentally used coconut flour as that would yield the results you experienced.